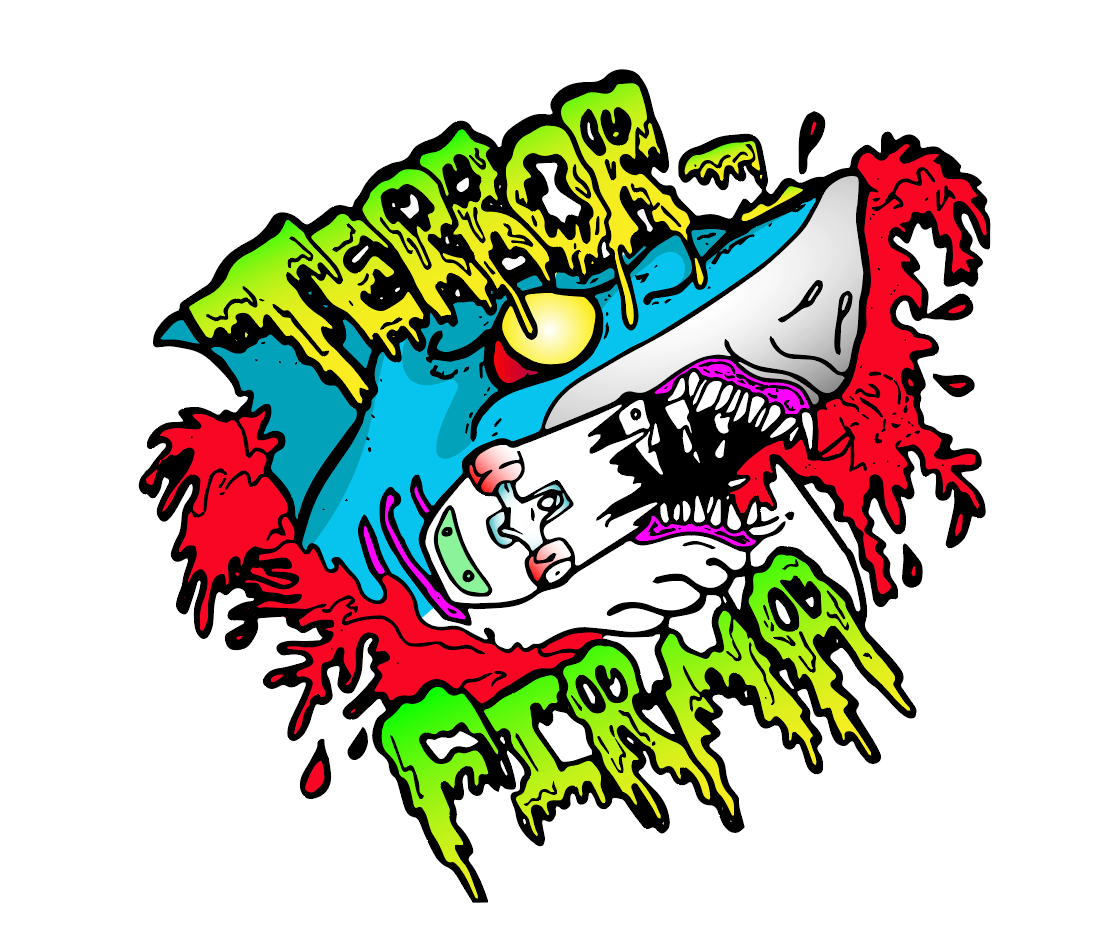 Even for the Pro’s, freestyle is a passion far more than it is a living. All too often in life, reality rears it’s ugly fins, and the joy of the concrete surf quickly becomes awash under the torrent of life. It’s in those situations, the premise of dry land and some solid ground can make a huge difference for anybody feeling a little lost at sea. That’s why we were delighted to hear about the return of Terror-Firma, a project run by the UKFSA’s own Denham Hill. We caught up with Denwad to find out a bit more about where Terror-Firma has been, where it is, and where it’s going..

“Terror-Firma went dormant in July 2019, but production stopped on any clothing a bit before that. Cash flow was an issue, I’d lost a few jobs and had to gain a few more, and survival was more important for a time.

We’re currently only selling through Social Media channels, but there was an Etsy store set up for a while. However, this all went through a print on demand service which left us with no profit whatsoever, let alone any to donate! Head to our Facebook and Instagram pages to keep up to date, once more product is in there’ll be a more digestible shop format on the way:

Through previous clothing lines we managed to donate to Marius Constantin and Turi Zoltan, I also set up a funding page for Ethan Young to get him out to the Round Up but unfortunately he wasn’t able to make it. Still, I hope he’s been able to use the cash for decks and other gear he needs. The donation pot has started to build again thanks to a kind clothing donation from Burns out in Germany, and currently stands at £70 so that will be donated as soon as the next run of product comes in.

Terror-Firma was born of a few things; bitter resentment, a need to support freestyle and a desire to destroy some of the outdated stereotypes surrounding freestyle. The whole idea is to re-invest profit from our products to freestylers worldwide or causes that support freestyle. It strives to promote the more aggressive, high octane freestyle that exists and aims to generally take freestyle out back and rough it up a bit. That’s not to say we won’t support more “floaty” freestylers, I just feel that there’s another take on freestyle that has yet to be explored.

The whole point of Terror-Firma though as mentioned, is to support freestyle by giving back to the scene. The industry doesn’t support us financially and most likely never will, and I was frustrated with the fact that some of the best freestylers I know had to put themselves out of pocket to get to contests and skip out on essentials just to skate. I think that’s bullshit, and I also think that the fact no one has made an effort to do anything about it sooner is also bullshit. It’s not just about contests though, it’s about helping dudes out with gear or other projects that support the growth of freestyle. We hope to work with as many freestyle factions as possible.

Moving forward, the aim is to grow Terror-Firma to a point whereby we can sponsor and fund freestylers on a long term basis. However, there’s a huge amount of work to do and I’m thankful to everyone who has offered help in one way or another.

It’ll probably not change the way freestyle is viewed by the industry, but when the industry turns it’s back on you, you should smash it on the head very hard with a brick while it’s not looking.”